Poland is the ideal place to spend a vacation. The country represents all different styles of landscape, a rich culture, health and resort spas for relaxation.

One can find numerous interested galleries and museums scattered throughout the country. Many large halls expose the art of famous Polish and international artists, and smaller galleries are found in the older parts of town and often have fantastic local artists.

Oceanography Museum and Aquarium in Gdynia
This is a one of a kind in Polish museums which brings Polish and international tourists. The permanent exposition contains the following: “Saving our Baltic”, “Baltic yesterday and today.”, “Flora and Fauna of the Baltic”, “Shellfish of the sea”, “the coral reef”, “Antarctica” , “the North sea”, “Sea birds” “Sea mammals”, “Fish”, “Reptiles”, “Fish from all over the word”, “Underwater Discoveries”, “Ocean Discovery Methods”, “Sea exploration” ,“Sea shell expositions”

Wawel Castle National Art Collection
The permanent exposition: “Royal Chambers” with the 136 pieces of Flemish tapestries from the 16th century. Italian and Flemish paintings from the 15th-17th centuries, portraits, royal treasury and armoury, as well as “Eastern Art”,

Auschwitz-Birkenau National Museum
This is the location of the former German Nazi concentration camps from the Second World War. Most of the ground buildings are open to visitors, with the exception of a few blocks which are used for administration purposes. It is essential to visit both parts of the camp to get a feel of what happened and to understand this Holocaust symbol fully. Auschwitz I is where The Nazis conducted Zyklon B experiments to kill prisoners, this is where they murdered the first mass transport of Jews, the fist criminal experiments on prisoners where carried out, where they practiced the executions by shooting, where the camp commandant has his office as well as other SS offices.

The Auschwitz II -Birkenau is where the Nazis erected the most of the machinery of mass extermination where they massacred approximately one million European Jews. At the same time, Birkenau was the largest concentration camp with over 100 thousand prisoners including Jews, Poles, Roma, and others. The camp’s site still contains a cornucopia of human ashes. Words cannot describe the feeling of this place, a place such as this used to serve the sole purpose of the destruction of human beings. 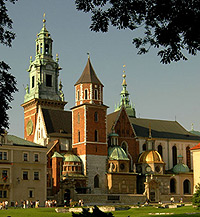 Poland has a very rich and interesting history. Artists and architects from all over the world were involved in building hundreds of castles, churches, and monasteries. Eleven monuments, concentration camps, grand forests, have been added to the UNESCO World Heritage List.

Cracow - The richly historic city of Cracow, a former capital of Poland, is located right next to the Royal Wawel Castle. Europe’s largest market square is found in this 13th-century merchant’s town, which contains several historical houses, palaces, churches and splendid interiors. The city’s fascinating history can be further seen through the remnants of the 14th century Kazimierz, filled with ancient synagogues, the Jaggelonian University in the centre of Krakow, and the Gothic cathedral where many kings of Poland are buried.

Historic Salt Mine in Wieliczka - The famous old salt mine in Wieliczka has been active from the middle ages and still today. Today the mine is more like a labyrinth accessible by walkways up to 350 km and paths spread over 9 levels. The Chapel of St. Kinga is extremely beautiful, with salt statues, carvings and decorations. The mine also contains lakes, a post office, restaurants and a movie theatre, and even tennis courts. The various rooms are used for concerts, balls, galas and theatre spectacles. One is also able to visit the sanatorium 211 metres underground, where people come to treat allergies and asthma.

Kalwaria Zebrzydowska - Is a mannerist architectural park, a pilgrimage park and a landscape complex. The park was built in the 17th century with the 16th century’s counter reformation which led to prosperity and the creation of Calvaries in Catholic Europe. It is the best known sanctuary in Poland, located near the town of Kalwaria Zebrzydowska.

Warsaw - During the Second World War Warsaw was almost totally destroyed by war activities. Many church towers, colourful streets and buildings, and a portion of the Royal Palace have been rebuilt since the War. Warsaw’s old city made the UNESCO World Heritage List as a large reconstruction with many remaining original fragments.

Torun - Is the city in which Nicolas Copernicus was born. Torun is known for its extremely well kept old square from the middle ages and the connecting small streets. A unique feature is the Crooked Tower which was built in-between the XII and XIV ages, and stands like the famous Tower of Pisa. 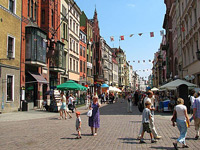 Zamosc - Originating from the XVI century from the will of the powerful Jan Zamojski, it was in an Italian style. The Cathedral is well known, where visitors find rococo silver tabernacles.

Malbork Castle - This World Heritage Site boasts the largest gothic fortress in Europe. The collection of castles contains the Tall Tower and Chapel of the Virgin Mary, the Middle Tower with the Dinning Hall, and the Low Tower with the armoury, weaponry tower, and draw bridge. One will also find a large museum collection of amber.

Puszcza Biłowieska - The oldest natural reservation site In Poland the largest natural observatory of forests in Europe, with unique details not be found in any other European forest, and rich flora and fauna. Various different types of forests are showcased here. The average age of the trees is 126 years. Puszcz is the habitat of many bison, which are the largest European mammals.

Relaxing, peace, good food and drinks - none of these ingredients will run out on a vacation in Poland. One can chose from traditional Polish dishes as well as international dishes. The base of Polish dishes are primarily grain, vegetables , potatoes, cabbage, mushrooms and meats. From these simple ingredients come delicious and interesting dishes. Some of these include: soups, bigos (hashed sausage, pork and beef stewed in sauerkraut), pork chops, stuffed cabbage leaves( gołąbki ) and pierogi. All, of course, with some good drinks, which generally includes beer.

The names don’t speak to you?
This is an amazing opportunity, a visit to Poland to taste all the wonderful dishes. Being in Poland, one must try Polish cakes and sweets. They are most often home made, we recommend cheesecake, poppy seed cake, rye cake, as well as pączki (Polish doughnuts) with rosy jam.

Are you in need of a active vacation in pure nature? Would you like others to be jealous of your body? Even in this field, Poland offers ideal conditions. In Poland, you can find various walking paths, and cycling trails. Thanks to the climate, the tourist season is all year round.

Zakopane
The winters offer tourists countless chairs and fantastic skiing conditions - for those who are beginners and those who are flying down the slopes. The summers offer hard, rocky trails and outing throughout the Tatr peaks. High yet simple, accessible for every type of hiker. The town attracts visitors also to its unforgettable climate. One can find live folklore from the towns people, called gorale. In the evenings, after a long days trip in the mountains, you can rest in the pretty restaurants, listen to concerts or stroll around town.

Mazury
At Mazury, the vast amount of lakes and rivers make it attractive for sports such as kayaking, boating, sailing or pedal boats. The region has been nicknamed County of a Thousand Lakes due to their abundance. Lakes in this region are excellent for learning and practicing windsurfing. In the summertime there are many gift and souvenir stores and restaurants where it is possibly to eat something delicious and drink a pint of cold beer.

Caves
Labyrinth caves, through which rivers often flow, low ceilings with unique and magnificent stalagmites and stalactites, observing grottos with prehistoric traces…this is the unforgettable place of the underground world which can be found in Poland. It is worth visiting the following Caves: Jaskina Raj, Niedzwiedzią and Jaskinię Łokietka.

If we feel the need to take time and relax, to take care of our bodies and at the same time feel better when someone is pampering us - its worth visiting Polish health-resort spas!!

We would like to invite you to Nałęczow, more specifically, we would suggest the Nałęczow Spa, which offers cosmetic treatments, weight loss clinics and treatments, de-stressing treatments as well as treatments for a mother to be to live in harmony with her soon to be born. In the Nałęczow region, the Kazimierski Park Krajobrazowy poses as a relaxing park, in which one can stroll as well as cycle through.

In Poland one can easily get to know the cultural traditions and folklore. In Zakopane, the International Festival of Folklore Mountains Games occurs every year in the second half of August. Various Skansens, for example, in Biskupin, in Sierpcu, or Klukach present traditional holidays which either than cultural happenings, offers cultural tastes through dishes, shows, and selling of traditional carvings. 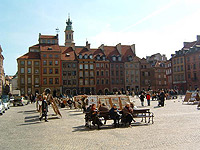 Ideal presents, not only for yourself but also for those close to you, can be purchased in Poland. Polish stores offer European levels, however our wallet does not see much damage! The prices in Poland and significantly lower than those in other parts of Europe. Suggested presents from Poland include:jewellery from amber, antiques, or Polish hand made items are available in galleries in various areas around the city.