Open air museum is a one of the biggest museums in Poland. It was established in 1958 by Aleksander Rybicki and contains 200 buildings which have been relocated from different areas of Sanok Land (Low Beskids, Pogórze Bukowskie, Doły Jasielsko Sanockie) . The museum shows 19th and early 20th century life in this area of Poland.

The park is divided into distinct but similar-looking sections - each featuring an ethnic group living in the region prior to the post-WWII forced resettlements. (Boykos, Lemkos), Dolinians (Dale Dwellers) and Polish Uplanders (pl. Pogorzanie) homes and churches have been transported there from surrounding villages, restored to original condition and furnished with authentic objects of the period. One can go inside many of the buildings including several homes, a school house and a Roman-Catholic or Greek-Catholic church. The museum also possesses a large photographic archive, including authentic photos from the 19th and 20th centuries.The museum includes the finest examples of Carpathian wooden architecture, including different styles of cottages, huts, and Eastern-rite churches.

A museum, synagogue, and study center located in the only remaining synagogue in the once predominantly Jewish town of Oświęcim, Poland, also known as Auschwitz.

Once, this village had a large Jewish community. In 1939, more than the half of the population was Jewish. Over more than 400 years, the city was influenced by Jewish life and. Before the war, Oswiecim had more than 20 different synagogues. However, shortly after Hitler's invasion of Poland in 1939, came the building of the concentration camp Auschwitz-Birkenau.

The Chevra Lodmei Mishnayot Synagogue, from which the Center was built, was used as a munitions storage facility under Nazi occupation. After the war, a Soviet-aligned government was put in place in Poland and the synagogue was turned into a carpet warehouse. After the fall of Communism, the remaining Jewish community in Poland was able to reclaim the synagogue. The last Jew in Oświęcim died in 2000.

Since opening in 2000, the Auschwitz Jewish Center has welcomed the public. The Center’s synagogue is a place where visitors to the Auschwitz-Birkenau camps can memorialize victims of the Holocaust. As the only Jewish site in the vicinity of Auschwitz-Birkenau, the Center also teaches individuals and groups from around the world about Polish-Jewish history and the vibrancy of Jewish culture through exhibits, lectures, and educational programs.

The Museum evidences most of all traditions of wool industry in Bielsko-Biała, by means of collecting machines, equipment and documents related to this field of manufacturing. The exhibits are stored in four rooms. Each of them is commensurate with division of old textile factory – preliminary treatment mill, weaving mill and finishing mill. Reconstruction of the interior of a weaver’s house and workshop owned by a guild master underlies the exhibition housed in the Weaver’s House. Its arrangement is an attempt to bring closer the living and working conditions in a house of the turn of the 19th and 20th centuries.

A hall splits the house into two major sections – workshop on the left of the entrance and living quarters on the right, with a kitchen and a bedroom. The Weaver’s House reveals an original example of the former wooden town housing. It is a unique attempt to show craftsman’s work, fully shaped by strong guild’s position.

The museum of Julian Fałat in Bystra Śląska is housed in a historical villa of the artist, called “Fałatówka” and its visitors are introduced to the art and some biographical details of the artist. This is the house where the artists lived upon retirement from the position of a rector of the Cracow Academy of Fine Arts.

The exhibition presents oil paintings and watercolours: self-portraits, portraits of his family and friends, landscapes from his numerous travels and hunting-related works. The exhibition is enriched with archival material devoted to the life artistic output and social activities for the benefits of society (School Certificates, photographs of Fałat with his family and friends, diplomas, honorary mentions, distinctions, letters and mementos related to his travels around the world).

At present, the collection of the National Museum in Warsaw includes over 780,000 items displayed in many permanent galleries, including the Professor Kazimierz Michałowski Faras Gallery and galleries given over to Ancient Art, Medieval Art, Foreign Painting, Polish Painting, European Goldsmithing, Oriental Art, Twentieth Century Polish Art, Polish Decorative Art and European Decorative Art, as well as many temporary exhibitions. 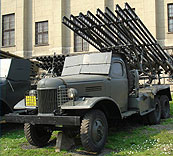 A museum in Warsaw documenting the military aspects of the history of Poland. Created in 1920, it occupies a wing of the building of the Polish National Museum as well as several branches in Poland. The forecourt of the museum houses several dozen armoured vehicles, artillery pieces and aircraft, being an eclectic mix of Soviet, western and Polish equipment, mostly from the World War II era.

The indoor galleries concentrate on the military history of Poland since the 10th century, and are particularly strong on Poland's era of military greatness in the 1600s, through the decline into anarchy in the 1700s. Several rooms are devoted to Poland's part in the Napoleonic Wars, and the national uprisings of 1830-31 and 1863. By far the largest part of exhibition space is devoted to the 20th century, especially World War II.

Additionally there is a permanent exhibition of oriental arms and armour from the museum's own extensive collection, which includes many world-class items from Ottoman Turkey, the Crimean Tatar Khanate, Mongolia and Japan.

A museum in the city of Katowice, Poland. Mainly ethnological and archaeological artefacts from the surrounding area, related to the History of Silesia. Furthermore some 233 works of Polish art, with as remarkable examples portraits by Stanisław Wyspiański and some paintings by Olga Boznańska.

A museum in the town of Cieszyn, Silesian Voivodship, Poland. It was founded in 1802 by Leopold Szersznik, a Jesuit priest, and it is one of the oldest museums in Central Europe. The museum is located in the Pałac Laryszów (or Larisch Palace), built in 1794.

It is divided in the following sections: archaeology, ethnography, photography, history, art, technique

An open-air museum in Chorzów, Poland. It is referred to as a skansen, stemming from the first open air museum of its kind, the Skansen in Stockholm, Sweden. The area of the park is 25 hectare. The museum presents a range of agricultural buildings from all over Silesia. Amongst those are cottages from the Beskids, farmsteads from the Pszczyna region, a wooden church from Nieboczowy dating from the 18th century and a large number of buildings and artifacts from Istebna in Cieszyn Silesia.

Located in Warsaw, Poland, the museum is dedicated to the Warsaw Uprising. The Museum sponsors research into the history of the Warsaw revolt of 1944, and the history and possessions of the Polish Underground State. It collects and maintains artifacts from the Uprising; and has many interesting exhibits.

Exhibits range from weapons used by the insurgents to love letters, to present a full picture of the people involved. The Museum's stated goals are the creation of an archive of historical information on the Uprising, and the recording of the stories and memories of revolt participants before they die.

The museum is dedicated to all facets of the Warsaw Uprising. Exhibits are full of photographs, written accounts and other testimonies of how life was during 1944.