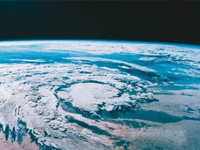 Poland’s climate is characterized as being transitional between maritime and continental climates. The winters are often quite moderate, but can also be cold. In winter, the temperature ranges from below zero to -20°C.

A summer in Poland can range from being rainy and cool to dry and hot. However, July is usually the hottest month. Temperatures in the summer usually range from 20 to 32°C. Poland’s autumn starts off warm in September, but continues to gradually cool until December.

Warsaw has a continental climate, with cold, snowy winters and mild summers

The weather in Krakow in summer is comfortably warm with occasional heat waves when dry continental air comes in from the east. An old Polish poem says that in Krakow 'days are longest in June, hottest in July and most beautiful in August'. Autumn in Krakow brings dry, warm days starting with morning mist, and rich golden colouration of the foliage. Winter is fairly severe when the city is blanketed in snow and temperatures at or below freezing. Spring is the best season in Krakow, when bright, mild days are accompanied by the fragrance of blossom.