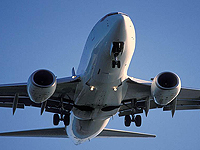 Most of Europe's major airlines fly to and from Poland. Poland's national carriers are LOT Polish Airlines, and a low cost airline Centralwings (owned by LOT). There are several low cost airlines that fly to Poland including WizzAir, SkyEurope, EasyJet, Germanwings, Norwegian and Ryanair.

Apart from direct air connections from many European cities there are also direct flights from United States and Canada. LOT operates direct flights from Toronto, New York and Chicago, however tickets for those flights are far from cheap and most people with limited budgets fly with other airlines which stopover in major European airports.

Domestic flights operated by LOT (under Eurolot brand) connect Warsaw with Bydgoszcz, Katowice, Kraków, Gdańsk, Poznan, Łódź, Szczecin Wrocław and Zielona Góra. Other smaller cities don't have airports with facilities that would allow commercial airlines to operate internationally, however there are often charter flights available - of course, these are for people with thick wallets.

Warsaw Frederic Chopin Airport (International Airport)
An international airport located in the Okęcie district of Warsaw, Poland.Warsaw Airport handles approximately 100 scheduled flights daily and an ever rising number of charters. London, Frankfurt, Paris and Amsterdam are the busiest international connections, while Kraków, Wrocław and Gdańsk are the most popular domestic ones.

Katowice International Airport
An international airport located in Pyrzowice, 30 km north of the Katowice city centre, in Poland. The airport features two passenger terminals A and B (completed in 2007) and a cargo terminal.

Łódź Władysław Reymont Airport
A regional airport in central Poland, located approximately 6 km southwest of the Łódź city center. The airport has been in operation since 13 September 1925 and has recently undergone a number of upgrades enabling it to handle services by low cost airlines to destinations in Europe.

Poznań-Ławica Airport
Built in 1913, is one of the oldest airports in Poland. It is located 7 km west of Poznań city centre.

Rzeszów-Jasionka Airport
An international airport located in southeastern Poland, in Jasionka, a village 10 km from the center of the city of Rzeszów.

Szczecin-Goleniów "Solidarność" Airport
main domestic and international airport serving the city of Szczecin in Poland and is located 45 km northeast of the city, near the town of Goleniów, in the village of Glewice.

Copernicus Airport Wrocław
An international commercial airport in Wrocław in southwestern Poland. The airport is located 10 km southwest of the city centre. It has one runway, one passenger terminal (with separate domestic and international sections) and one cargo terminal. 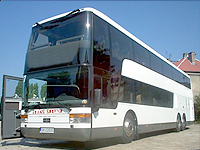 There are many international bus lines that connect major Polish cities, with most of major European ones.

Certain routes are operated under the EuroLines brand 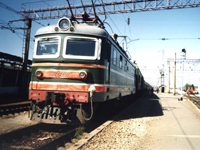 In Poland, the national railway carrier PKP has recently been divided into several different companies, among them are: PKP InterCity (Intercity, Express, Night Express, TLK), PKP Przewozy Regionalne (pospieszny and osobowy) and PKP Cargo (which incidentally owns all the locomotives). There are also some local competitors emerging (KM Koleje Mazowieckie). Tickets are valid for trains operated by the issuing company only. 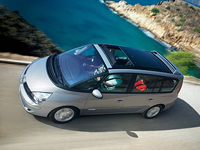 Some peculiarities of driving in Poland include:

When driving in the countryside, other drivers (sometimes those approaching from the opposite direction too) may expect you to evade to the verge of the road to facilitate overtaking. This is a custom, not a law so you are not obliged to follow it. Before you do it, make sure there is a hard shoulder and it is safe to do so. 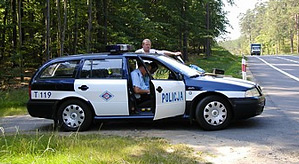 Some drivers flash their headlights to warn those approaching from the opposite direction of a police control nearby (you are likely to encounter this custom in many other countries). So if you see somebody flashing their headlights, it doesn't necessarily mean there is something wrong with your car.

Be aware about hazard lights - Drivers also use them as a way of showing, that vehicle is rapidly slowing down, or already stopped in a traffic jam on a highway.